(In continuation of Part-8)

“It seems that the patient is unconscious from three hours. Earlier this morning he was complaining about dullness, dizziness and drowsiness with vomiting and pain in stomach.” I received a phone call from remote village. It was the call of my field assistant.

“From symptoms I am unable to diagnose anything. Please take him to the Traditional Healers or nearby hospital.” I instructed.

“The Traditional Healers of our village are out for collection of herbs in forest and due to severe flood we are unable to shift the patient to hospital.” He replied.

“In that case let me ask to my medical practioner friend.” I said and without any delay walked towards the friend living near to my home.

“Without seeing patient it is difficult for me to recommend anything. I can suggest medicines based on present troubles but as you are saying that patient is unconscious then I can do nothing from this side.” My friend surrendered.

I decided to travel to nearby village where many senior Traditional Healers live.

“Sir, please do something. The condition is deteriorating alarmingly.” There were so many calls from my assistant who was atleast 5 hours far from my home.

“I am doing my best.” I tried to assure him. After one hour I reached to the Traditional Healers. After getting full details they sorted out some troubles and started working on it.

“Please ask to the patient what he has consumed in last 24 hours.” The Healers asked to my assistant. The Assistant replied that he was in religious fast and taking only wild fruits from three days.”

“Wild fruits? Which one? Please inform immediately.” The Healers questioned.

“In his house there are lots of Bahera (Terminalia bellirica) fruits. But we are not sure whether he has consumed it or not?” The assistant said.

I saw a glitter in the eyes of Traditional Healers. “It is toxicity symptoms of excess consumption of Bahera fruits. Let us check once more before suggesting medicines.” The Healers disclosed and they talked to the assistant again.

“Please go to toilet he was using from 24 hours. Take deep breathe their and tell us about the smell.” The Healers instructed. Very soon another call came and it confirmed that typical smell is present in Toilet. It is smell of matured Bahera fruits.

“First of all arrange cold water and as cold water bath is not possible please sprinkle cold water on him.” Now the Healers started their treatment. After 15 minutes of long wait the call came.

“The patient is becoming conscious slowly. He has confirmed about use of Bahera fruits.” The assistant called with joy.

“Please give this task to some one else and arrange early maturing Traditional Rice from your village.” The Healers instructed further.

The assistant managed to arrange Santhi rice that matures in 60 days. He cooked it and then served it with sugar and fresh curd to the patient as per instruction of Traditional Healers. Within few hours the condition of patient improved. I was once again amazed by the in depth knowledge of Traditional Healers. They took nothing from me but I presented him three Formulations I collected through recent surveys. Bahera toxicity up to this extent is not mentioned in reference literature. It was new experience for me.

Bahera is consumed in bulk by common people in famous Ayurveda preparation Triphala along with Terminalia chebula i.e. Harra and Emblica officinalis i.e. Aonla. The labels on Ayurveda products don’t give any information about Toxicity and possible treatment of it. One of my clients working in Ayurveda manufacturing unit explained that in Ayurveda not much has been written about Bahera toxicity and in general Ayurveda Formulations are consider safe. I am not satisfied with his answer. Ayurveda literature gives information about it but in brief. The Traditional Healers know much on this aspect but their knowledge is still not in documented form.

This incidence motivated me to collect information about Bahera Toxicity during Ethnobotanical surveys. “Bahera toxicity is rare and we have treated total 12 cases in our life time.” The Traditional Healers of North Chhattisgarh informed. They use Herbal Combination to treat this toxicity. There are total 18 ingredients in this Herbal Formulation. Surprisingly Bahera bark is also an important ingredient of this Formulation. When I interacted with the Young Healers of the same area they showed ignorance towards this Formulation. These days the Young Healers take interest in common diseases and want to protect their mind from extra load of less used Formulations. It is sign of Danger for generation old Traditional Healing. Generation by generation in this way they loose millions of less used Formulations. For time being I decided to document only nearly Forgotten Formulations but my friends suggested that simply document what ever you get. Let the coming generation decide about its use. Documentation is must.

During surveys I observed that monkeys are fond of Bahera fruits. I have taken many pictures and videos of monkeys consuming Bahera fruits in wild. The Traditional Healers of Chhattisgarh Plains are aware of it. They shared interesting information.

” Many times young monkeys consume Bahera in excess and you can see the specific symptoms on them. The older monkeys visit to Bargad (Ficus benghalensis) tree and search for insect eggs. The eggs are given as antidote. It was very interesting information related to Traditional Entomotherapy. I showed interest in seeing the insect eggs. Later I identified it as eggs of stink bug.

“But these eggs are not available round the year, and then monkeys must be using some other medicines as antidote.” I said. 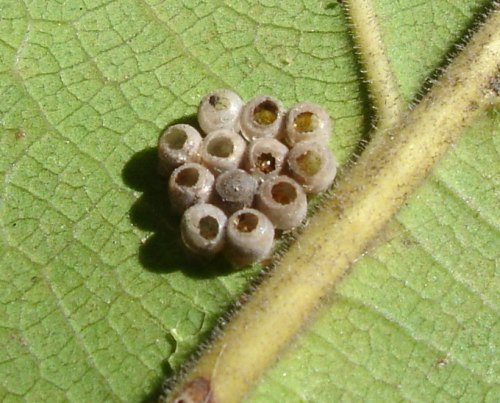 It was new challenge for the Traditional Healers. They assured me to collect more information on this aspect.

The Traditional Healers of Bastar are aware of Bahera fruits toxicity. At first they try Ancient Pelopathy i.e. use of medicinal soil. They collect the soil from root zone of five forest trees and smear it on the patient’s body. They claim that in most of the cases the patient gets much relief after this simple treatment. I found this treatment approach near to sprinkle of cold water on patient’s body.

“May be it is same approach but you can test the efficacy of both. In our method patients return to normalancy within no time. It is not the coldness but the medicinally rich soil of Tree root zone play key role.” They tried to explain.

I am convinced with their explanation.  In modern days this phenomenon is explained through Allelopathy and the natural medicinal chemicals they were talking about are known as Allelochemicals.

While travelling from Tatanagar to Ranchi I discussed about Bahera Toxicity with the Traditional Healers of Jharkhand.

“First of all bring yellow colored Mushroom. Then we will tell you about treatment of Bahera toxicity.” They said in straight words. It was not possible to arrange it at that time but as important information I noted it down.

In general yellow colored mushrooms are considered rich in sulfur and many Healers use it in treatment of skin diseases specially in treatment of skin cancer but the yellow mushrooms are considered toxic. Hence, judicious use is required. I have written a lot on different aspects of yellow mushrooms and its important role in Indian Traditional Healing. The Traditional Healers of Chhattisgarh collect yellow Mushroom growing in base of wild trees and use it in different diseases. For example the yellow mushroom growing at the base of Senha tree is used both internally as well as externally in tens of Herbal Formulations. Many Healers purify it before using.

When I shared this discussion with the Healers of Chhattisgarh having expertise in treatment of Bahera toxicity they simply said that may be the yellow mushroom is useful for this toxicity but we feel that if simple and effective alternatives are available then there is no need of using toxins against toxins.

The senior Healers of Bastar disclosed that they consume 4 types of Herbs specially wild tubers every month and total 48 herbs in year as medicine. It protects from everything from diseases to snake venom and all types of toxicity.

“We are ready to share information about it but for that you have to do some kind of Tapasya. Please visit to us up to 50 times. Every time we will inform you about one herb and in last two visits about other properties of these 48 herbs.” They proposed.

I accepted the proposal but in last 20 years I have met only 14 times to them. They have lost many senior Healers meanwhile but the knowledge is safe with young generation. I will try to visit more frequently to complete this valuable knowledge.

The information about 14 herbs I have collected so far is of immense use for arm forces living and fighting in adverse conditions around the world. The two herbs are promising in treating cancer at advanced stage whereas three are used to prevent cancer specially when the reason is excess mental and physical stress. When I shared the information about these 14 herbs to the Healers of different states in India many of them suggested more herbs in order to complete the target of 48 herbs. With due respect I have noted their expert comments but I am eager to learn the complete herbs used by the Healers of Bastar.

In Global Traditional Healing thousands are herbs are used in form of herbal formulations to manage toxicity due to wrong use of herbs. Here is list of some plants from my Medicinal Plant Database.